AWC-SB strives to empower women to attain greater outcomes by acknowledging exemplary women leaders in communications fields. Women of Achievement Award recipients serve as inspirational role models for those wanting to further their careers in journalism, public speaking, writing, public relations and related disciplines. Our chapter uses funds from this event throughout the year for the professional development of our members, our interns and the local community.

Both our honorees emulate our 2018 theme “Courageous Communicators” through their work addressing issues of social justice. 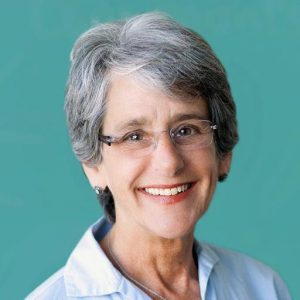 Hannah-Beth Jackson is a former prosecutor and practicing attorney, educator, and small business owner. She was elected to the California State Senate in 2012 to represent the 19th Senate District, which includes all of Santa Barbara County and western Ventura County.

A graduate of Scripps College in Claremont, California with a joint major in government and sociology, she received her law degree from Boston University Law School before returning to California to work as a deputy district attorney for Santa Barbara County. Eventually, she became the managing partner for the Law Offices of Eskin and Jackson, with offices in Ventura and Santa Barbara.

From 1998 to 2004, she represented the 35th Assembly District in the State Assembly, where she worked with Democratic and Republican governors to author more than 60 bills into law. Hannah-Beth has also co-founded two nonprofit organizations, served as the first policy-maker in residence at UC Santa Barbara, and served as adjunct professor at Antioch University.

During her time in the Legislature, Hannah-Beth has become known as an effective advocate for protecting the rights and privacy of Californians, protecting the environment, advancing legislation to reduce gun violence, supporting access to justice for all Californians, championing equality for women, advocating for commuter rail, improving access to early childhood education, and supporting veterans and veterans treatment courts, among other issues. She is the author of Senate Bill 358, the California Fair Pay Act, landmark legislation to strengthen California’s equal-pay law, and was named by Huffington Post as one of 11 women around the country “blazing new trails” in American politics.

Hannah-Beth has received Legislator of the Year awards from a wide range of organizations and is the recipient of the prestigious California Women Lawyer’s Fay Stender Award, given annually to an attorney committed to affecting positive change with “zest, humanity (and) personal courage” who serves as a role model for women. An advocate for justice for women, children, and victims of crime for more than three decades, she helped establish the Santa Barbara Shelter Services for Women (now known as Domestic Violence Solutions) and Women Against Gun Violence. She is also a founding member and past president of the Santa Barbara Women’s Political Committee. 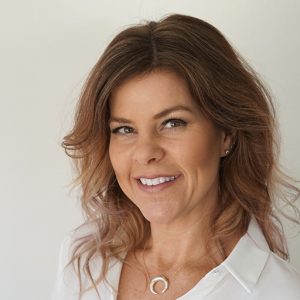 Dr. Carrie Hutchinson is the Chair of the Communication Department at Santa Barbara City College, where she has been teaching for 15 years since earning her doctorate from UCSB in Interpersonal Communication and Intergroup Psychology. She teaches courses in Interpersonal Communication, Leadership, and Social Justice, and enjoys taking students around the world on study-abroad programs to destinations such as Rwanda, South Africa, and Cuba. Carrie’s travels compelled her to become involved in advocating for marginalized people and groups across the globe. She leads a Santa Barbara chapter of the national organization Dining for Women, which meets monthly to support projects that foster economic and social empowerment of women and girls in developing countries.

After becoming involved in the national organization Showing Up for Racial Justice (SURJ), Carrie co-founded the Santa Barbara chapter in 2016. SURJ aims to compel people with racial privilege to join a multiracial movement for racial justice with passion, accountability, and effectiveness. Carrie works via SURJ under the guidance of local and national organizations led by people of color taking direct action against racism. As an intersectional activist, Carrie is a passionate writer and speaker not only about racial justice but also about other issues that intersect with racism. Her publications include textbooks, peer-reviewed research studies, popular-culture articles, and a blog entitled Notes on Racism and Social Justice from an Aspiring White Ally. Through her local, national, and international activism, Carrie aspires to do something each day that will positively impact the world.

Carrie is the mother of two future changemakers, Lilah and Cleo, and partner to her husband, James. During her free time she performs as the lead singer in a local rock band. Learn more about Carrie at carriehutchinson.com.

Starshine Roshell is a an award-winning journalist, author and writing coach. Local readers have named her Best Columnist for 9 years in a row for her witty, honest and insightful column inthe Santa Barbara Independent She has interviewed Gloria Steinem, Samantha Bee and Ellen DeGeneres among others, and taught news, feature and travel writing at UCSB and SBCC. She is an author at LinkedIn Learning, associate director of media and communications for Fielding Graduate University, and a 2011 Women of Achievement Award recipient.

Perie’s love of poetry influences all aspects of her life. She was Poet Laureate of Santa Barbara (2007-09) and the president of the International Association for Poetry Therapy (INAPT) from 2005-07. She is a Registered Poetry Therapist (PTR), and Mentor/Supervisor for those seeking training in that field, a Marriage and Family Therapist, and a widely published poet. Perie received the Women of Achievement Award in 2012.