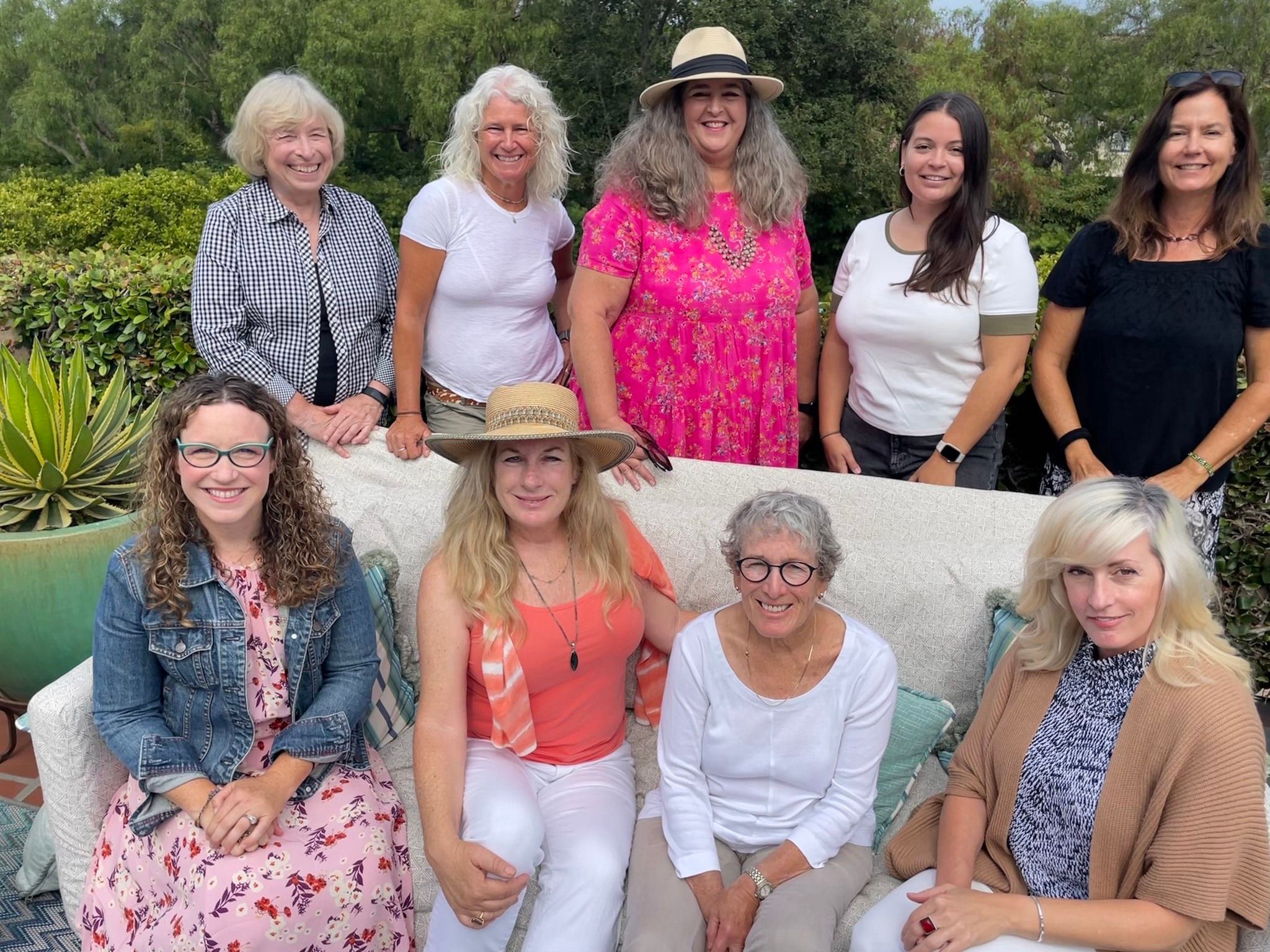 President: Lisa Osborn is a radio broadcaster and entrepreneur. Currently she serves as news and public affairs director at KCSB FM 91.9, the community and college radio station at UC Santa Barbara, where she advises student leaders and trains volunteer reporters. She also has a business that does voice-over narrations and produces on-hold messages and audio messaging prompts. Lisa is also executive producer/narrator of Santa Barbara Scenic, a YouTube travel channel spotlighting activities and destinations on the Central Coast. Prior to coming to Santa Barbara, Lisa  anchored news at some of the top news/talk radio stations in Los Angeles. She was also an on-air host (deejay) at a national radio network, playing ‘classic hits’ and ‘oldies’ music on radio stations across the USA.

Treasurer/Past-President: Carolyn Jabs has written about families, ethics, environmental issues and the Internet for almost four decades. In 1984 she published The Heirloom Gardener (Sierra Club Books), a book “often cited as a turning point in the pro-heirloom movement.” Hundreds of her articles have been  published in magazines ranging from Readers Digest and Redbook to Self and Working Mother. Her opinion essays have appeared in Newsweek and the New York Times. Carolyn moved to Santa Barbara in 2013. She was an active AWC member when she lived in Toledo, Ohio, and won several Crystal Awards in their annual competition.

Programming Chair: Joan Tapper is adept at getting the most out of words and pictures for readers and clients alike. Joan Tapper has sat on both sides of the publishing desk. She was the founding editor of National Geographic Traveler, the longtime editor of Islands, and has since served as editor for several custom publications. As a freelance writer, she has produced numerous features about people, arts, travel, and culture for magazines that range from Santa Barbara and 805 Living to Robb Report and Westways. Her own books include three in the Thames & Hudson Most Beautiful Villages series with photographer Nik Wheeler, two crafts books with photographer Gale Zucker, and a tongue-in-cheek history travel guide, The Wild West on 5 Bits a Day, among others. She is also a sought-after private editor for writers of nonfiction and fiction.

Membership Chair, Incoming President: Hilary S. Lyn, MA, MS, is a development and communications leader who brings over 20 years of 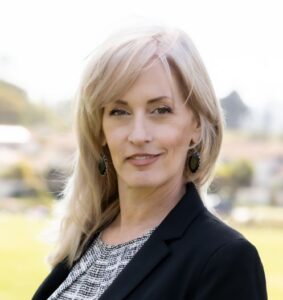 experience to her current role as Director of Alumni Relations at Fielding University. Over the past ten years at Fielding, she has spearheaded  transformative engagement strategies that have consistently driven year-over-year growth – most notably, in 2021, she led the institution’s largest global web series resulting in historical attendance and engagement. Before moving into the non-profit sector, Hilary was noted as top-producing, award-winning account executive for the Fortune 500 company Fidelity National Title in San Luis Obispo and Newport Beach/Laguna Beach. Hilary began her educational career at Westmont and Santa Barbara City College, she went on to complete a MS in kinesiology from California Polytechnic State University, San Luis Obispo, a certificate in business administration from UCSB, and a MA in organizational development and leadership from Fielding Graduate University. Outside of her day job, Hilary champions female entrepreneurship and leadership development as a health, wellness, leadership & organizational development consultant. She also volunteers for the Santa Barbara Scholarship Foundation and is honored to be the incoming president of the Association for Women in Communications – Santa Barbara. She is a proud Santa Barbara native and enjoys soaking up the sun, reading about transformative change and emergent strategy, paddle boarding, dancing, and drawing. Connect with Hilary on LinkedIn or email her at hilary@pivot-rise.com. 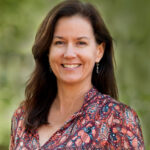 Media Chair: Jennifer LeMay serves as the Director of Marketing and Communications for the Santa Barbara City College Foundation, developing strategies to increase support for the Foundation and its mission of fueling excellence at SBCC by enriching college programs, removing barriers, and empowering students to succeed. Jennifer has worked in the communications field for over two decades. She also served as a faculty member at SBCC in the Graphic Design and Multimedia Arts departments, and is a contributing writer for Edible Santa Barbara magazine. In her free time, she loves watching and photographing birds, painting, and enjoying life in Santa Barbara. Connect with Jennifer on Instagram at @jlemayart. She’s excited to serve on the board of AWC-SB! 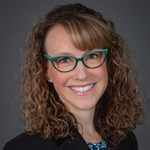 Women of Achievement Chair: Lauren Bianchi Klemann is a government affairs and communication professional for the Santa Barbara County Association of Governments (SBCAG) representing regional and multi-jurisdictional transportation priority issues for all eight cities and unincorporated areas in Santa Barbara county. Lauren’s public, private, and nonprofit professional experience spans more than 15 years, having worked for K-12 public education, county government, and the American Red Cross. She has experience and skill in strategic communication and coordination among stakeholders of diverse interests and issues. Lauren graduated cum laude from Westmont College in Santa Barbara with a Bachelors of Arts in Political Science and Religious Studies.  She completed academic programs in the Middle East region, Washington DC, and New York. Active in the community, Lauren currently serves as Past Board President of the Public Relations Society of America, California Gold Coast Chapter and is a member California Association of Public Information Officials. She has previously served on the American Cancer Society Making Strides Against Breast Cancer Steering Committee, Advisor of the California YMCA Youth and Government Program, and was a National and Community Service Americorps volunteer. She is an outdoor adventurer, book club lover, news media enthusiast, and proud mother of a rapidly growing Goleta Union School District student.

Alexandra Goldberg is doing a great job as the new

Thought for the day: "It's better to be done than

How are we doing on New Year’s resolutions? Here

Thought for the day: "Do it. Whatever it is. If y

Thought for the day: "The most courageous act is

Check out this great offer! AWC-SB loves The Symp

"From Fresh to Frightening" was such an interestin

Thought for the day: "Just because a person isn't

Movie night is back on Wednesday, January 11 at 5:

Thought for the day: "Don't follow in someone els

AWCSB Member News: Petra Beumer is offering an in-

Thought for the day: "...if you are going to live