How Do Communicators Create Community in the Virtual World? AWC-SB’s new series of programs launches Monday, September 9 with Mission & State: A New Model for Journalism by Executive Editor of Mission & State, Joe Donnelly. This summer Santa Barbara journalism gained a new voice with a unique business model. Mission & State is a nonprofit news website providing a venue for in-depth, long-form stories about the Santa Barbara area. Originally called the Santa Barbara Journalism Initiative, the project was conceived by as a complement to local daily news. Mission & State is unique in the way the website works with other news outlets as well as the way it is funded. Please join us to learn more about this new local resource. 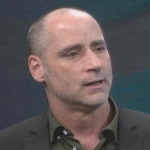 Joe Donnelly, Executive Editor of Mission & State, is an award-winning journalist, editor and writer who has written for numerous national and international publications. He also is the founding publisher and co-editor of the award-winning, best-selling, long-form journal Slake: Los Angeles. Prior to that, Donnelly was the deputy editor of the LA Weekly, from 2002 through 2008, during which time the paper won a record number of awards, including a Pulitzer. Mr. Donnelly is a graduate of Colgate University and the UC Berkeley Graduate School of Journalism.